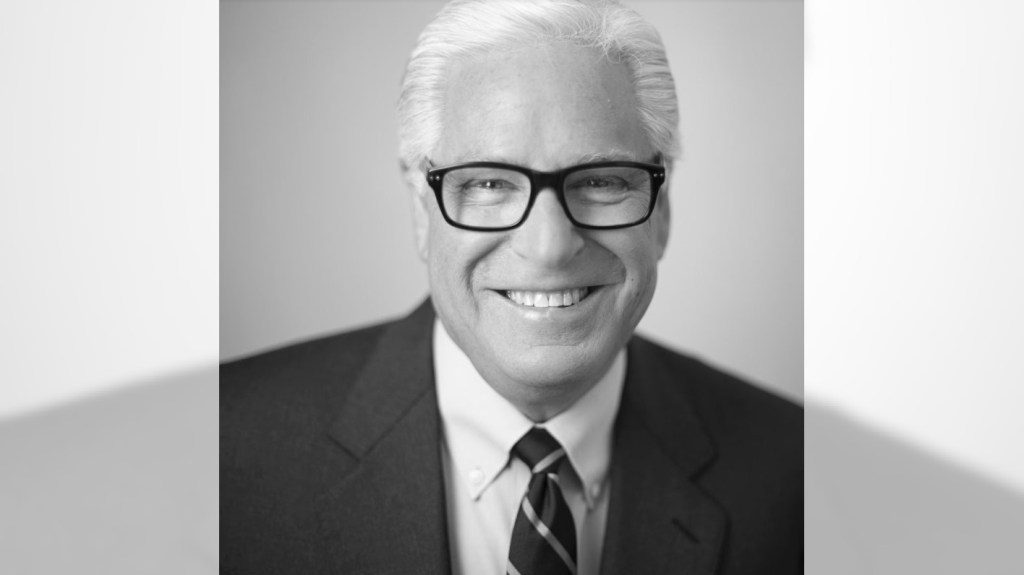 Richard Dilday, who was a successful business and community leader with a lifelong passion for helping thousands of youngsters and others through the Salvation Army and Boys & Girls Clubs, has died. He was 69.

Dilday, a member of a longtime Long Beach family, died unexpectedly of a heart attack in his sleep at his home Jan. 10, according to his wife, Diane. She said he had just had a physical checkup last month and there were no signs of health problems. Grieving friends and community associates paid tribute to Dilday for his decades of servant leadership to the Long Beach community.

“Richard was just an amazing guy,” said Don Rodriguez, CEO of the Boys & Girls Clubs of Long Beach. “He was always there when you needed him. He never said no when it came to helping kids, but he always did it quietly and never wanted to take credit for what he did.”

Rodriguez said the clubs had just honored Dilday last month for his 25 years serving on the board and for developing the organization’s Youth of the Year program.

Melinda Lankford, director of programs and development for the Salvation Army, said Dilday had supported that organization for more than 20 years as a volunteer, donor and board adviser. Lankford said Dilday was essential in completing the Donald and Priscilla Hunt Red Shield Community Center, with a gymnasium and soccer field, at the Spring Street and Long Beach Boulevard campus.

“We could not have done it without him,” Lankford said.

Dilday also was instrumental in helping with the Salvation Army’s homeless shelter in Anaheim, she said.

For all of Dilday’s years of support, the Salvation Army honored him last month with its coveted Spirit of Christmas Award, given to an individual who embodies the holistic work of the nonprofit.

Marc Bonner, Scout Executive for the Boy Scouts of Long Beach, said Dilday will be missed by many.

“Richard was a lifelong supporter of scouting, having grown up a Sea Scout in Long Beach,” he said. “He lent his professional design skills and time to many efforts over the years, for which we are most grateful.”

Chris Pook, founder of the Acura Grand Prix of Long Beach, called Dilday “a terrific person” who, along with his brothers and cousins, played key roles in the rebirth of Long Beach in the ’70s and ’80s. Pook called him “one of the Dilday dynasty.”

When he died, Dilday was president of Kardent Design, a design, space planning and project management company that formed in Long Beach in 2010. Kardent Design had been awarded “Best Places to Work” by the Los Angeles Business Journal.

Richard Dilday was born July 31, 1952, in Long Beach to Richard Burr Dilday and Dorothy Dilday. His father died from burns in a backyard barbecue explosion when Dilday was 4 years old. Dilday’s ancestral family arrived in Long Beach in the 1920s with Nobel and Marie Dilday, his grandparents, establishing the first Dilday Mortuary Chapel in 1927.

In a statement written for the Salvation Army Spirit of Christmas Award, Dilday said the mortuary business “was driven by Marie M. Dilday, the matriarch of the family.”

“Widowed at age 35 in 1945, she ran the mortuary business single handedly,” he wrote. “She passed down to generations, the spirit of God, giving and love. Giving to the community will always be a Dilday family value.”

While in high school, he worked in the Dilday Mortuary’s flower shop, but his heart drove him to be an artist. He graduated from the California College of Arts in 1974 with a bachelor of fine arts degree in environmental design and began his business career with Morganelli and Hueman. He worked at several other companies before joining Kardent, which serves clients throughout California and 19 other states.

His son, Rick, said his father was a talented designer, photographer and model maker and became a leader in the industry. Some of his dad’s notable projects, he said, included leading and managing the design and relocation management of all 52 floors of the ARCO Tower in Los Angeles when he was just 26 and leading the design of 27 floors for IBM Tower in Los Angeles in 1988.

Dilday met his future wife, Diane Gray, on a blind date in 1989. It was love at first sight and they married in 1991. Last month, they celebrated their 30th wedding anniversary.

Dilday’s widow said her husband explained to her how the sudden and devastating loss of his father shaped his philosophy of life.

“He would say you have to live each day to the fullest, which to him didn’t mean wild adventures but giving and loving others as much as possible each day,” she said. “One never knows how long you have to serve, give and love so he felt it best to focus on doing that each and every day.”

Their son said his father’s life motto were the words of his grandmother, Marie Dilday:

“Just show up, which meant to him that no matter what, show up and serve others in any way you can,” Rick Dilday said. “Those words were ingrained in him for as long as I can remember. It didn’t matter if you were tired, or sad or didn’t think you could do anything, a Dilday shows up and helps people.”

Rick Dilday also told the story of how he was 11 years old when his father helped him make their first skateboard together.

“That first skateboard turned into a business, American Skateboards, that my father and I worked side by side growing for nearly 10 years,” he said.

After that, he and his father discussed further projects working together.

“While he physically won’t be by my side,” Rick Dilday said, “I will carry his spirit, his love and his mission of giving with me every day.”

Rick Dilday said his father tried to improve the world for everyone he met.

He even took children from the Salvation Army to the Aquarium of the Pacific last month and spent the day with them, Rick Dilday said.

“At the end of the day,” the son said, “he made sure every single child went home with a stuffed animal they picked out.”

Dilday donated time and money to build a temporary grass field to cover the present location of the new community center gymnasium so that children would have a fun place to play. He personally went on a weekly basis to water and care for the grass to make sure it was well-kept for the kids, Rick Dilday said.

Travis Nesland, Dilday’s stepson, said what he remembered most about Dilday was “the superhuman way that he cared about us.”

Megan Kuehl, Dilday’s stepdaughter, said some of the things she loved most about the philanthropist was how he always had See’s Candies on hand, his knick-knack collection of sentimental items like surfboards and family photos, how he spray painted the lawn green, and how he drove a truck and trailer to Illinois to help her move.

Dilday’s wife called him the “neighborhood rescuer,” helping neighbors by mowing their lawns or fixing their boats. He also served on the Naples Improvement Board, chairing the seawall committee, and the Aquatics Capital of America Board. He had been working with the city to create a tribute to the 1984 Olympics sailing venue and a possible Hall of Fame display at the beach concession stand that’s under construction.

“Becoming a grandparent provided him with even more joy,” his wife said. “He was patient, generous and a lot of fun.”

Dilday also was a careful planner.

His wife said he had made airplane and hotel reservations for a dozen or so members of the family to celebrate his 70th birthday and other family members’ birthdays in Hawaii on July 31 this year.

“He was a very positive person, seeing the best in people. He wore a smile,” she said. “We have received kind words from others using words like kindest, gentlest, giving, selfless, committed, thoughtful, dedicated, amazing, the best.”

Her husband did not let a day pass in more than 30 years of marriage that he did not tell her that he loved her.

“The last weekend of his life, I can’t tell you how many times he walked through the room and expressed these sentiments,” she said. “This was totally normal behavior for Richard. I was a very fortunate wife. He loved his family completely.”

A celebration of life will be held at a later date. The family suggests that donations be made to the Salvation Army and the Boys & Girls Clubs.

Sign up for The Localist, our daily email newsletter with handpicked stories relevant to where you live. Subscribe here.

“Freedom and thrill”: The lockdown project paying homage to the rave – Features