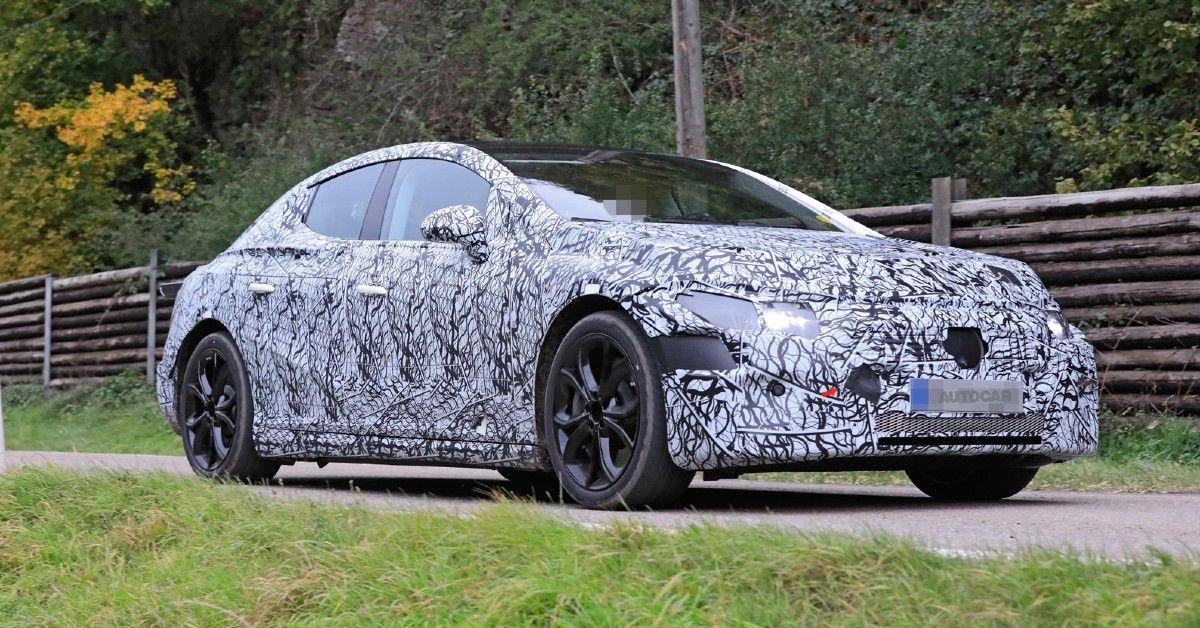 Mercedes-Benz is planning to unveil its all-new electric vehicle EQE in 2022, and here’s everything we know about the 2022 Mercedes-Benz EQE so far.

The 2022 Mercedes-Benz EQE will be the third in the line of the company’s EQ series after the EQC SUV and the EQS sedan. The car shall be featured in the conventionally powered E-class segment of the German automaker and will have an all-new appearance under the tag of EQE EV. As other automakers are rapidly launching their EV models to capture the newly emerged all-electric car market, the new EQE will be Mercedes’ trump card to compete with vehicles like the Audi A6 e-Tron and the revised Tesla Model S.

The car is still under observation on the company’s test tracks, and Mercedes-Benz has not revealed much about its specifications. Though, several spy shots taken during its test run reveal its probable features, and here’s a look at them.

RELATED: Here’s Everything We know About the Upcoming Mercedes-AMG SL

The Sleek And Aerodynamic Design

The Mercedes EQE will be a mid-sized sedan and shall sit below the EQS and E-Class in terms of size. From the car’s outline, it is quite clear that Mercedes shall pass on their tradition of giving this vehicle a sleek appearance too. Owing to the magnificent body design of every Mercedes model, it can be safely said that this car too may sport some head-turning styling cues with an aerodynamic and low drag body shape.

In continuation after the EQS, the new EQE could be based on the company’s MEA architecture with Aero wheels to ride on. Based on MEA architecture, the car will be built upon a skateboard frame with a flat floor structure. Aluminum shall be used in the car’s structure to make it lightweight and flexible. The new EQ may borrow some styling cues from its elder sibling EQS, however, with improvisations. Some of these may include wide and slim LED headlights with an enclosed front grille bearing the company logo in the middle. In addition, several spy photos made it clear that the car will have a lift-back style rear, which can pave the way for ample boot space. Differing from the EQS, the new model may have a wraparound rear light cluster.

The Smart And Stylish Interior

The insides of the EQE are expected to be mostly digital. The car may follow the minimalist approach to design the dashboard with exclusive materials. Following the EQS, this car too may have the Hyperscreen set up on the dashboard, including a cluster of touch screens – one for the driver’s information display, a large one in the middle acting as the infotainment system, and another on the front passenger seat.

The car’s infotainment will be powered by Mercedes’ MBUX infotainment system that will chiefly be controlled from the center-mounted 12.3-inch touch screen. The controls are expected to be present on the steering wheel, and similar access shall be given to the passengers at the rear. Furthermore, the car shall have a voice-activated command system and head-up display for enhanced convenience. Visibly, the car has an extended wheelbase which signifies its spacious interior. Premium quality leather or fabric material shall be used for the upholstery with heated and ventilated seats. A few other fancy specs may include soothing ambient lighting and wireless charging.

RELATED: The Best Interior Feature Of The Dodge Challenger Hellcat

Mercedes has maintained a complete hush-hush regarding the powertrain underneath the EQE’s hood. However, considering the other EVs of the company so far, there are some potential electrical packages at the German automaker’s disposal that can appear in the new EQE. From the probable MEA architecture of the car, it can be assumed that the battery shall be mounted under the car floor.

There is a high probability that Mercedes may incorporate one of its two previous mechanisms in the new EQE. First is the 93.2 kWh battery pack of the EQ400, which shall give the car a driving range of little less than 200 miles on a single charge. It may also inherit the DC fast charging capability of the model, which can charge it up to 80% in 40 minutes. The second possibility is inheriting the 90 kWh and 108 kWh batteries from the EQS. Having either of these two options, the EQE will have 350 to 500 miles of range depending on the battery type. Further, Mercedes may also enable the car to draw power from 200 kW charging points in the new EQE, charging the car for 186 miles of drive in just 15 minutes. Taking another step in its fast charging capability, the vehicle might also include 22 kW onboard charging options capable of charging the batteries fully in 5 hours.

Mercedes can release the new EQE with optional rear-wheel drive and four-wheel drive configurations. Similar to the power output of the EQS rear-wheel-drive, the electric motor of the EQE shall produce 333 HP, and the twin electric motor four-wheel-drive version will have a more powerful 523 HP output. With these configurations, the EQS could do a 0 to 60 mph run in just 4.3 seconds. However, as the new EQE is expected to be lighter, the acceleration rate can be much quicker. In addition, the new EQE will have the Eco and Max driving modes to optimize the battery consumption and range of the car.

The German carmaker is continually eyeing to establish a firm foot in the newly evolved EV segment. Its gasoline-powered automobiles have created a massive buzz, but with strong contenders like Tesla and Audi in the EV category, it may have to take a different approach to stand out. The new Mercedes EQE is expected to be packed with superior performance and a truckload of high-tech features to secure the company’s dominant position in the industry.

NEXT: Everything You Need To Know About The Mercedes-Benz Concept EQT