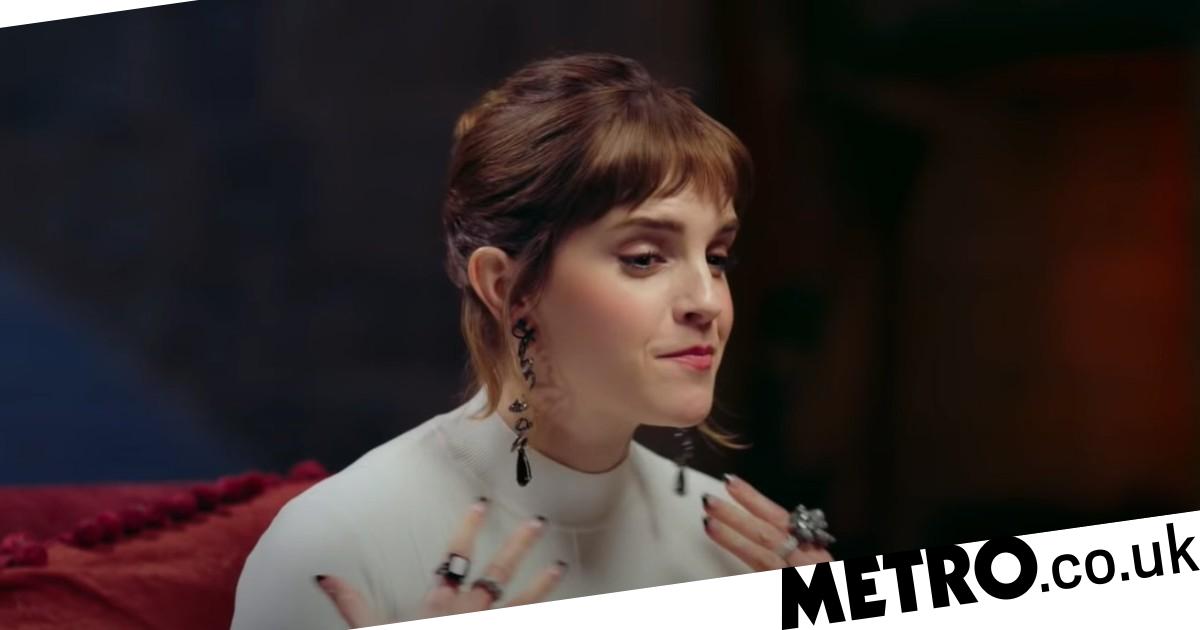 Emma Watson has looked back at her romantic feelings for her Harry Potter co-star Tom Felton while filming the franchise as the cast reunited to celebrate the 20th anniversary of the Philosopher’s Stone.

During the special on HBO Max and NOW, titled Return To Hogwarts, Emma is joined by stars Daniel Radcliffe and Rupert Grint where they reflect on their time as Harry Potter, Hermione Granger and Ron Weasley.

The actors grew up on the set of Harry Potter, so naturally they grew close – but Emma has revealed the extent of her crush on Draco Malfoy star Tom.

‘I walked into the room where we were having tutoring,’ recalled Emma.

‘The assignment that had been given was to draw what you thought god looked like, and Tom had drawn a girl with a backward cap on a skateboard. And I just don’t how to say it – I just fell in love with him.

To view this video please enable JavaScript, and consider upgrading to a web
browser that
supports HTML5
video

Emma stressed nothing ‘ever, ever, ever, happened romantically,’ but they ‘just love each other’.

Tom was aware of his admirer though.

‘I think I was in the hair and make-up chair and someone said something along the lines of, “Yeah, she had a crush on you,”’ he said.

‘I became very protective over her. Yeah, I’ve always had a soft spot for her and that continues to the day.’

He added: ‘There’s always been something that’s like, I don’t know, a kinship.’

Tom and Emma have been at the centre of romance rumours for years, regularly sharing photos together to this day.

If you’ve got a celebrity story, video or pictures get in touch with the Metro.co.uk entertainment team by emailing us celebtips@metro.co.uk, calling 020 3615 2145 or by visiting our Submit Stuff page – we’d love to hear from you.

Robert Irwin, 18, poses with his guitar and skateboard ahead of a road trip

How a Pro Skateboarder Became an Apostle of Ancient Tuning

How a Pro Skateboarder Became an Apostle of Ancient Tuning