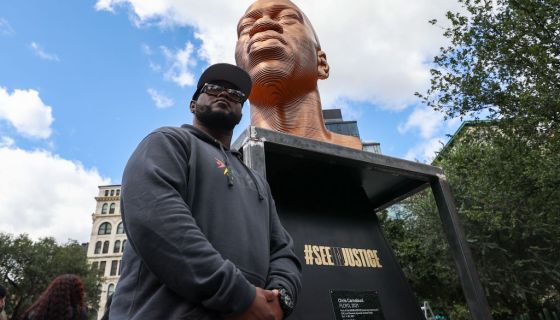 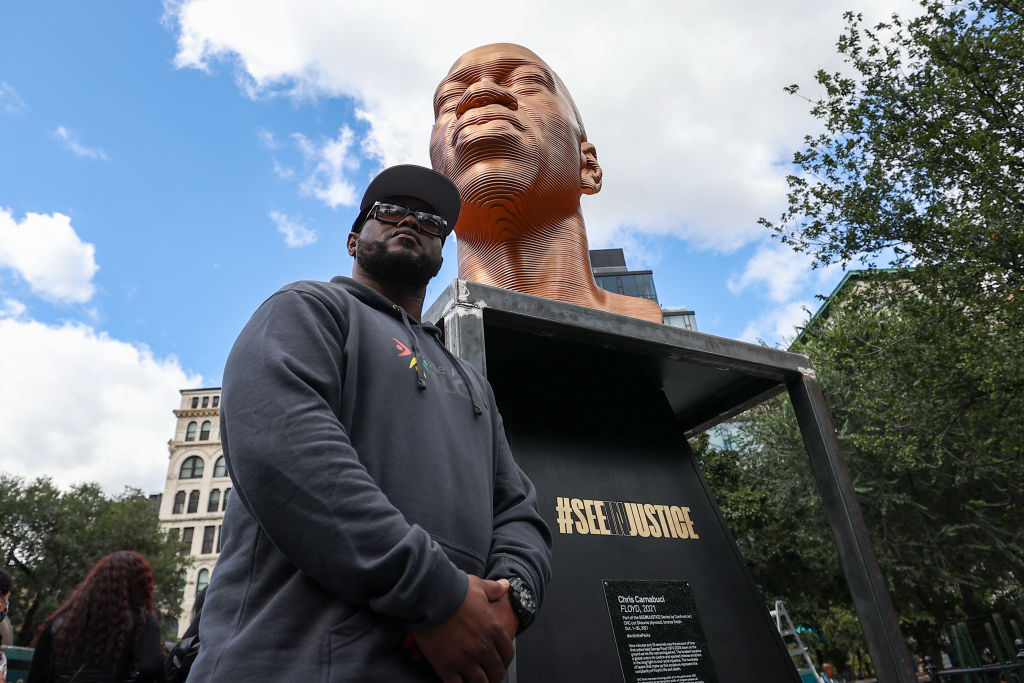 Just days after a sculpture of George Floyd was unveiled in New York it was defaced.  NBC News reported this is the second time the statue was vandalized since it was first made public on the Juneteenth holiday.

Located in Manhattan’s Union Square, Park the statue is one of three revealed on Thursday. The other two were of John Lewis and Breonna Taylor. The latest act of vandalism reportedly happened around 10 a.m. Sunday morning, with community members quickly mobilizing to clean up the paint. According to news reports, the first incident occurred five days after the statue was unveiled, and had a symbol affiliated with a white supremacy group spray painted.

The suspect is reportedly male and left the scene on a skateboard.

New York’s ABC News reported the sculptures were a part of an exhibition called “See Injustice” by artist Chris Carnabuci. The installation is a project of the organization CONFRONTART.

According to its website, the installation is a “public art project that bridges monuments with a movement.” It has partnered with We Are Floyd, a 501(c)(3) nonprofit organization supporting communities dealing with mental health issues, poverty, police brutality, and social injustice.

Various news outlets reported the organizations issued a joint statement in response to the vandalism.

It takes a lot of courage to display the 3 statues we are exhibiting in Union Square. It also takes a good deal of courage to vandalize a statue on a global stage in broad daylight. This continues to bring light to our mission that art is a conversation catalyst, a place for public discourse, and through these acts, we can hopefully overcome hate and find unity for the future. We continue to be inspired to create and display public art to further this important mission.

Public art installations, including statues and murals, are often a source of joy and hope during a time of despair and uncertainty. But all the beautiful art commemorating lives lost doesn’t take the place of policy changes.

Over a year after the murders of Breonna Taylor and George Floyd, little progress has been made In increased police accountability.  As previously reported by NewsOne, federal legislation addressing police reform stalled in the Senate. Despite Republican Sen. Tim Scott’s claims to the contrary, his party refused to budge even after major police unions signed on to proposed legislation.

For now, local communities continue to be the only place for both commemoration and accountability.