A Year in the Life of a Millennial Grave-Digger 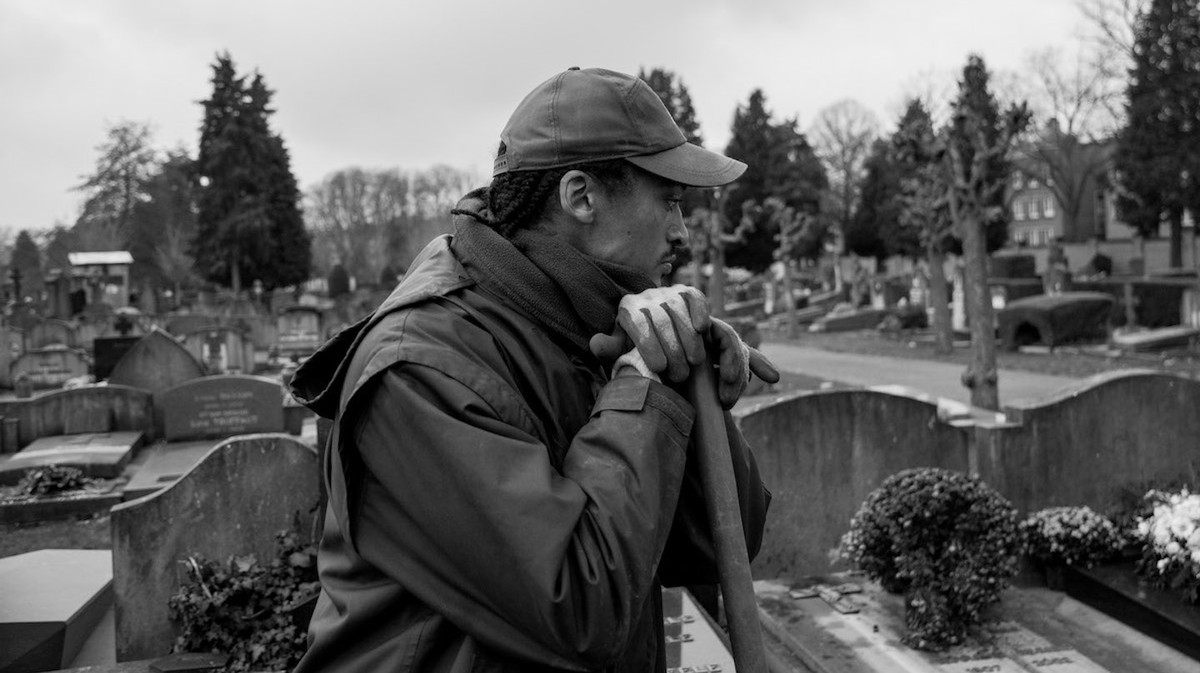 Belgian photographer Jacques Vermeer met Patrick, 31, who asked to keep his surname anonymous, at a festival in 2019. “His tent was near mine in the campsite and we partied together a bit,” Vermeer recalls. “We didn’t really see each other after that. It was the kind of ephemeral meeting you have at a festival – you don’t tend to keep in touch afterwards.”

A year after their brief encounter in a field in Western Belgium, Vermeer discovered through a mate that Patrick was working at the Ixelles cemetery in Brussels. Intrigued about his festival-friend’s unusual vocation, he made contact with Patrick. Could he shoot him at work? Sure, Patrick said.

When Patrick was younger, he was, in his own words, “a little thug, but a nice one”. Between jobs, between houses, he was living off Roquefort and bread, sleeping on sofas and committing petty crimes. In 2014, he was caught breaking the law –something he prefers not to elaborate on. Rather than being served with a custodial sentence, Patrick was ordered by the courts to find a job.

This is how he found himself raking leaves in a graveyard. One day, a colleague asked Patrick if he wanted to try his hand at grave-digging. Seven years have passed and he’s still digging graves at Ixelles. “The work is hard,” Patrick says, thinking back to the first few days in the job. “It’s shocking. Some people give up straight away.”

The photographer spent a year shooting Patrick at his workplace. “I decided to follow him for so long because I wanted to get to know him better as a person, to understand the work he does, and how he feels about it” Vermeer says. “Grave-digging isn’t a typical job but it is an essential one. I also wanted to think about the relationship we have with death here in the West.”

Patrick himself had to confront that relationship almost instantly. “My colleagues made me go to the morgue. They’d just done an exhumation. So I got there and inside a coffin there was a metal box that’s welded together like a tin can. We had to open the box and move the corpse to another coffin because the family wanted a cremation. When I saw the guy’s face, I took a step back. I stood against the wall. I was terrified and wanted to throw up. I couldn’t breathe because the smell was the worst thing ever. I’ve never been able to forget it.”

He was eventually given a permanent contract and spent five years living in a property on the graveyard grounds. “Living in a cemetery can be scary,” he said. “You tend to freak out whenever you hear any kind of random noise.” As time passed, Patrick began feeling more comfortable with his surroundings, getting to a point where he was so at ease amongst the dead that he was happy to skate around the cemetery. “One foggy morning, I grabbed my skateboard and swerved around the graves. It was crazy,” he says. “Like being in a film.”

Seven years later, Patrick has embraced this period of his life. He says he’s happy with his schedule – a classic 8AM to 4PM job, “kind of like school”, and doesn’t complain about the pretty colossal workload. On the other hand, he feels disappointed that the job of a gravedigger is an invisible profession of sorts. “During a funeral, people will often thank the priest but not the gravediggers,” he says. “They don’t look at you, and they don’t talk to you. That was tough at first.”

Not everyone is so unfriendly. “There’s a young man who plays guitar all the time at his father’s grave, and the lady who leaves flowers on her husband’s every single week,” he says, “Some people thank me and even give me chocolates. That’s nice. I’ve got a stash of them for when I watch TV in the evening.”

Vermeer’s work with Patrick was the first time he’d committed to such a longterm photography project. “It is really a collaboration between us,” he says. “I kept coming back to shoot Patrick because each time I saw him, I learned something new. Also, he’s a really fun and interesting guy.”

The story he’s telling at Ixelles is one about the myriad ways we mark the death of a loved one. “In terms of funerals, I’ve also seen it all,” Patrick says. “Buddhists, Catholics, Jews, Muslims and even knights with their swords.” He remembers a funeral for a football fan, where other supporters came along and they all put cigarettes and beers in the grave before singing songs. Everyone has their own way of saying goodbye.

“There was a Polish funeral where the entourage sang and cried at the same time, and an Aramaic funeral where people threw millet and distributed cans of Coke,” Patrick says.

Thanks to his work, Patrick was able to buy an apartment and move out of the graveyard in 2020. It might not be the white house he had dreamed of a few years ago, but it at least allows him to be away from the cemetery and its peculiar atmosphere.

Being around death all day has made him determined to enjoy life to the full. “I’m not afraid of death, but I would find it stupid to die now and lose everything.” When he can afford it, he distances himself from it all by taking long holidays, including recent trips to China and Japan. Earlier this year, he flew to Tanzania.

When asked if he wants to be buried in the Ixelles cemetery, Patrick is startled: “Are you crazy or what?! I want to be buried far away from here, and very deep down.”

Check out a selection of Jacques Vermeer’s photos from this ongoing project below.